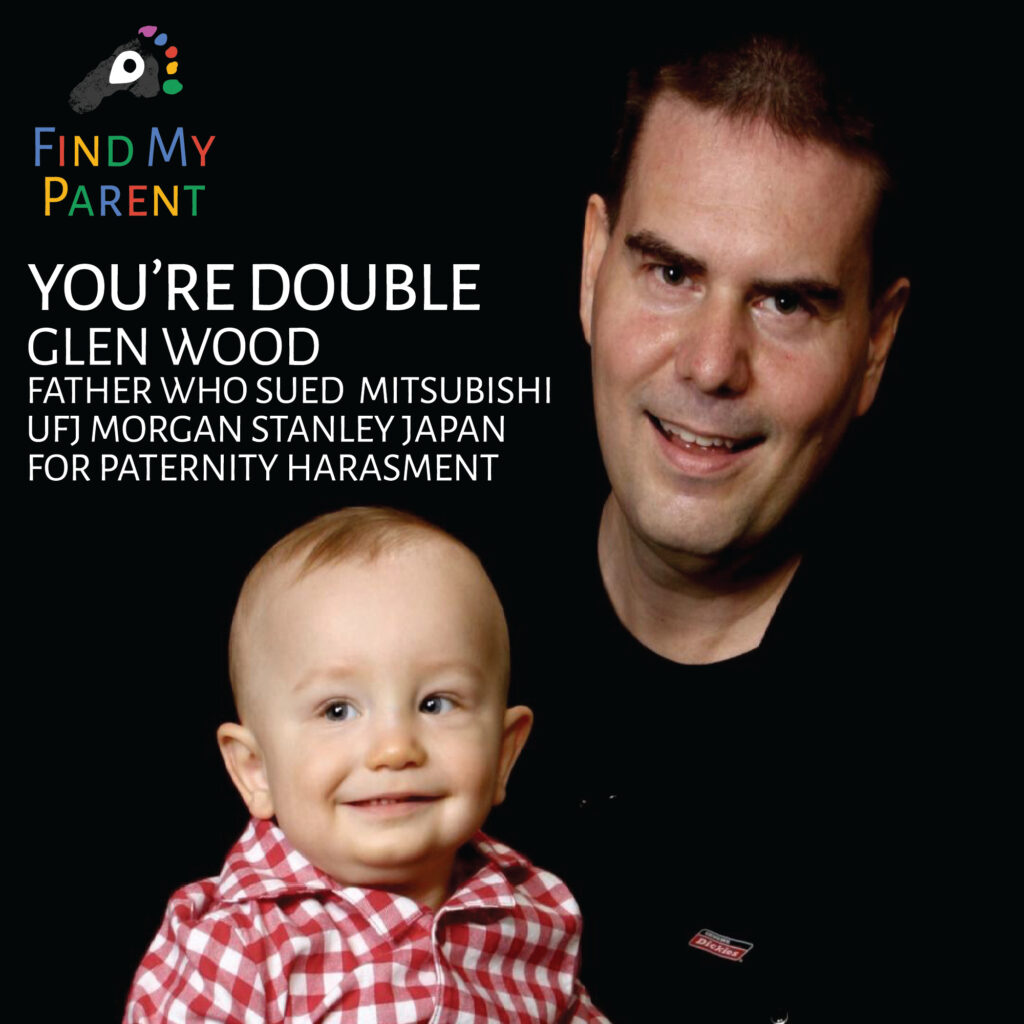 In this episode of you’re double podcast, Enrique, the founder of Find My Parent and I speak to Glen Wood. Glen is a Canadian native and former equity sales manager at the Mitsubishi UFJ Morgan Stanley in Japan who has been fighting for the past five years to gain justice for his paternity harassment case.

Glen Wood, is a 49-year-old Canadian single father who had been working as an equity sales manager at Mitsubishi UFJ Morgan Stanley Securities Co. (MUMSS). He filed a claim against the Japan-based brokerage, asserting that he had been the victim of “paternity harassment” since 2015. He asked the Tokyo District Court to order the firm to reverse its decision to put him on unpaid leave and recognize his rights as a father.

The case has drawn considerable attention, both internationally and in Japan, as it shines a harsh spotlight on one of the long-standing traditions of Japanese corporate society: Harassment of employees, particularly those who become parents.

Glen Wood’s lawsuit states that when he first asked his company for paternity leave in 2015, he was rejected on the grounds that “there was no such precedent.” After the boy was born in October of that year, the firm was forced to accept Wood’s legal right to parental leave, but they then refused to acknowledge that he was the child’s father. After Wood submitted DNA test results to prove the was indeed the father, the company finally allowed him to take paternity leave. However, according to the legal statements in Wood’s case, after he informed the firm that he was going to become a single father, he suffered two years of wilful mistreatment. He was then fired.

Japanese law guarantees all fathers paid leave to take care of their newborns (“paternity leave”). However, the Ministry of Health, Labor and Welfare reports that only about 3% of eligible men avail themselves of that right. Some people might say this reflects cultural traditions that make Japanese fathers less inclined to spend time with their wives and newborn children, but it is an undeniable fact that one major reason for this extremely low rate is the harassment that new fathers receive at their workplaces.

Under the Equal Employment Opportunity Law, employers are also required to show consideration to pregnant women by offering them shorter work hours or flexible work schedules. They’re also banned from firing or demoting expectant mothers due to pregnancy and required to give them maternity leave. Men are given essentially the same rights. In practice, however, companies often ignore the law — and the courts are generally more sympathetic to corporations than to the individual victims.

Links and Resources mentioned in this episode:

1. The Enigma of Japanese Power: People and Politics in a Stateless Nation

Before we get to the episode, I would like to remind everyone that we recently launched a petition targeted at the Japanese government to stand up for the 3million kids who have been trafficked since 1991, legally with the help of single custody laws in Japan. Japan does not recognise joint custody. laws as the lawyers and judges profit from it and receive up to 30% of child support payments until the child reaches 20 years of age!

While it’s a gain for the lawyers and judges, this is a loss-loss situation for the children and parents affected by the single custody law.Winning this campaign depends on our ability to call on thousands of supporters like you. Your signature(support) is all that we need. Please support our petition and tell the International Organizations and the government to pressure Japan to adopt a joint custody law. You can find the petition at https://www.change.org/jointcustodyjapan.

Now, I would like to remind everyone that our goal here is to share knowledge with you guys and show that you are not alone in this. With that said, if you need specific legal advice, please get your own independent advice from a qualified legal practitioner.

If you are a minor, or if you happen to have difficulty in understanding certain parts within this episode, please approach a responsible adult or someone knowledgeable and ask them for clarifications. We have done our best to make sure that it doesn’t offend anyone and if you have further questions or comments regarding Find My Parent or the interview, you can mail me at sk@findmyparent.org.

If you are someone who got separated from your own parent, and would like to find your parent again, please go to https://findmyparent.org and fill out your details. With the help of our smart algorithms and matching technology, we hope to help you find your alienated parent again. If you are part of an NGO or even a private company passionate about this topic, please reach out through the contact us page in findmyparent.org and we hope to work together with you. (https://findmyparent.org/contact). 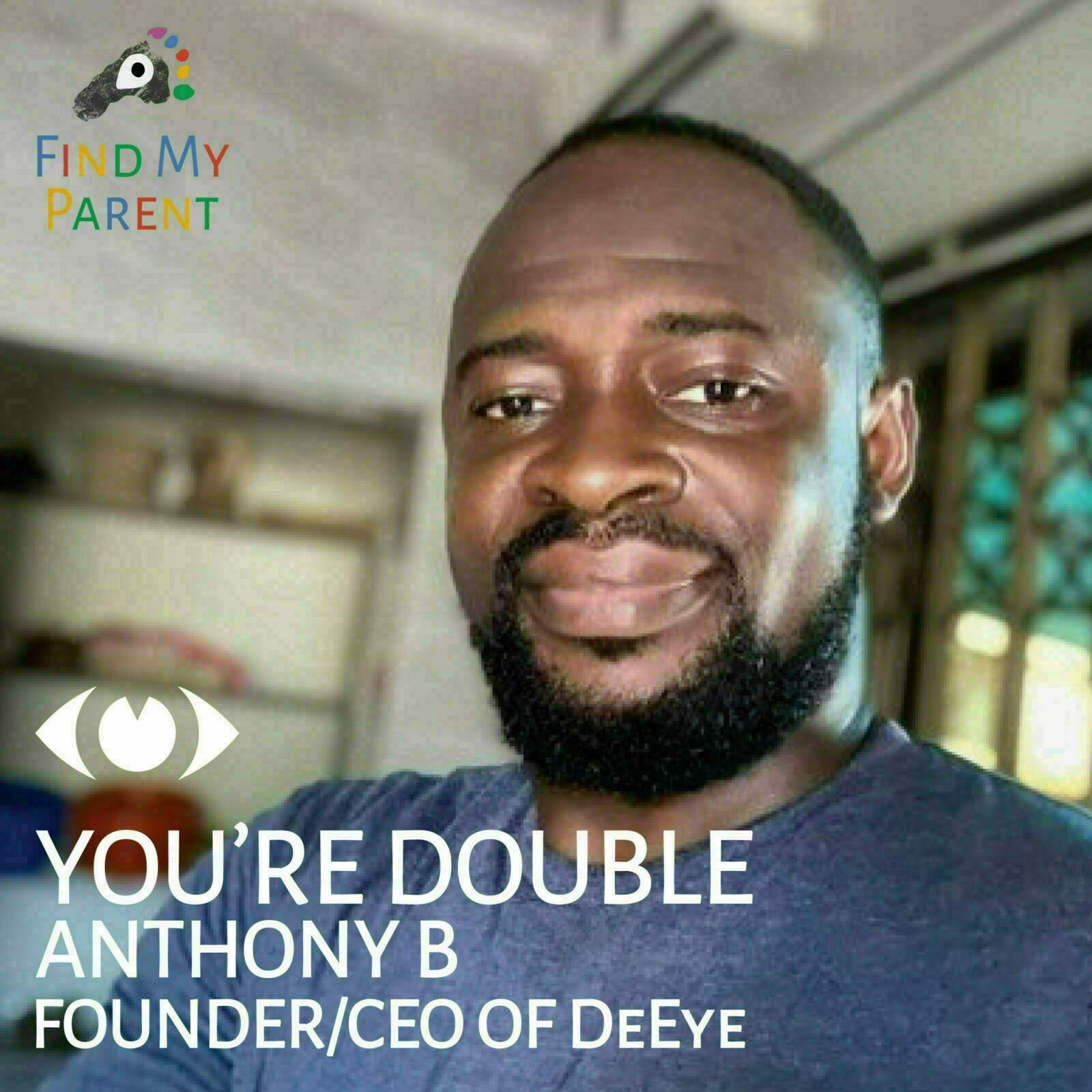 DeEye – Amber Alert On Steroid (With Anthony B. Founder of DeEye)

With Anthony B. Founder of DeEye 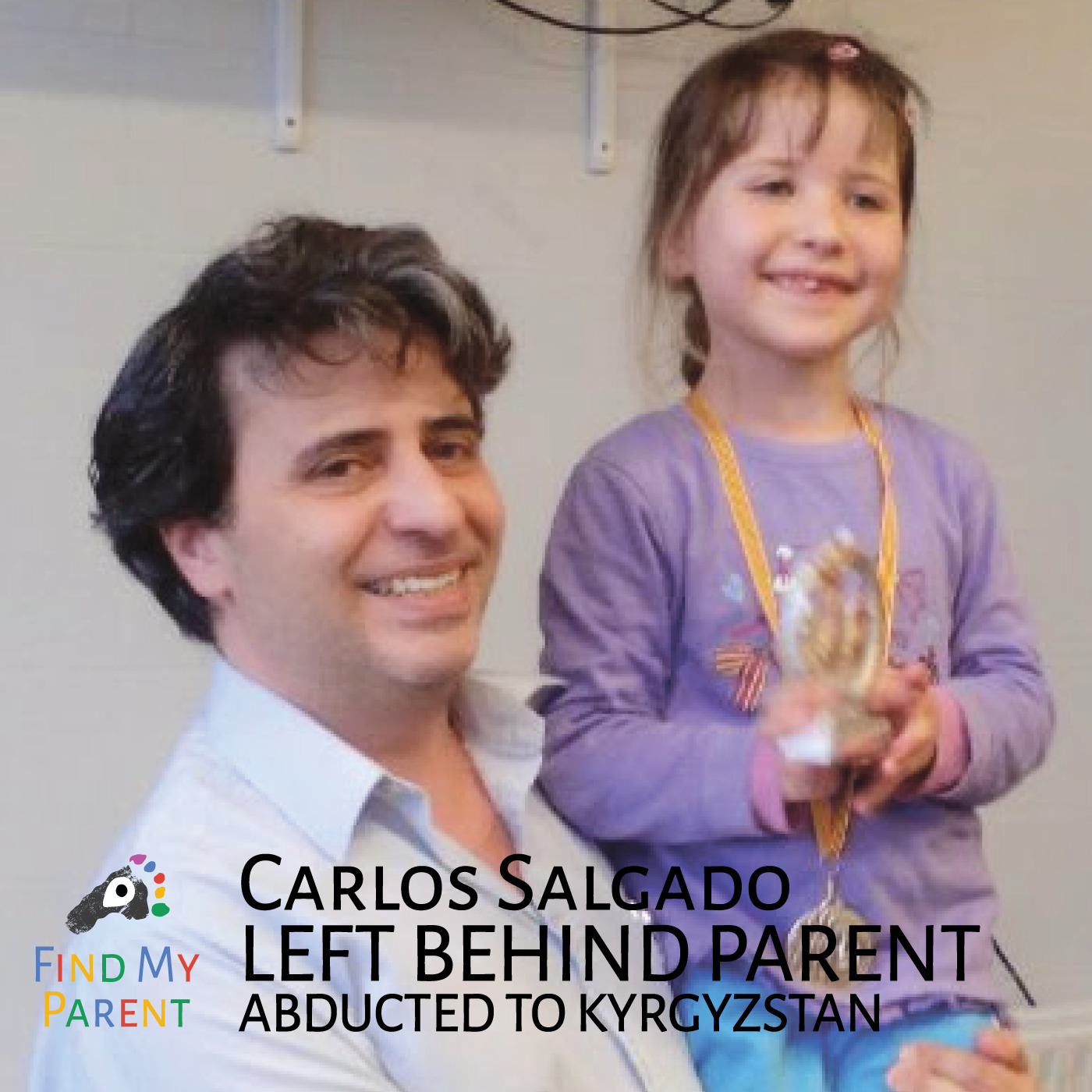 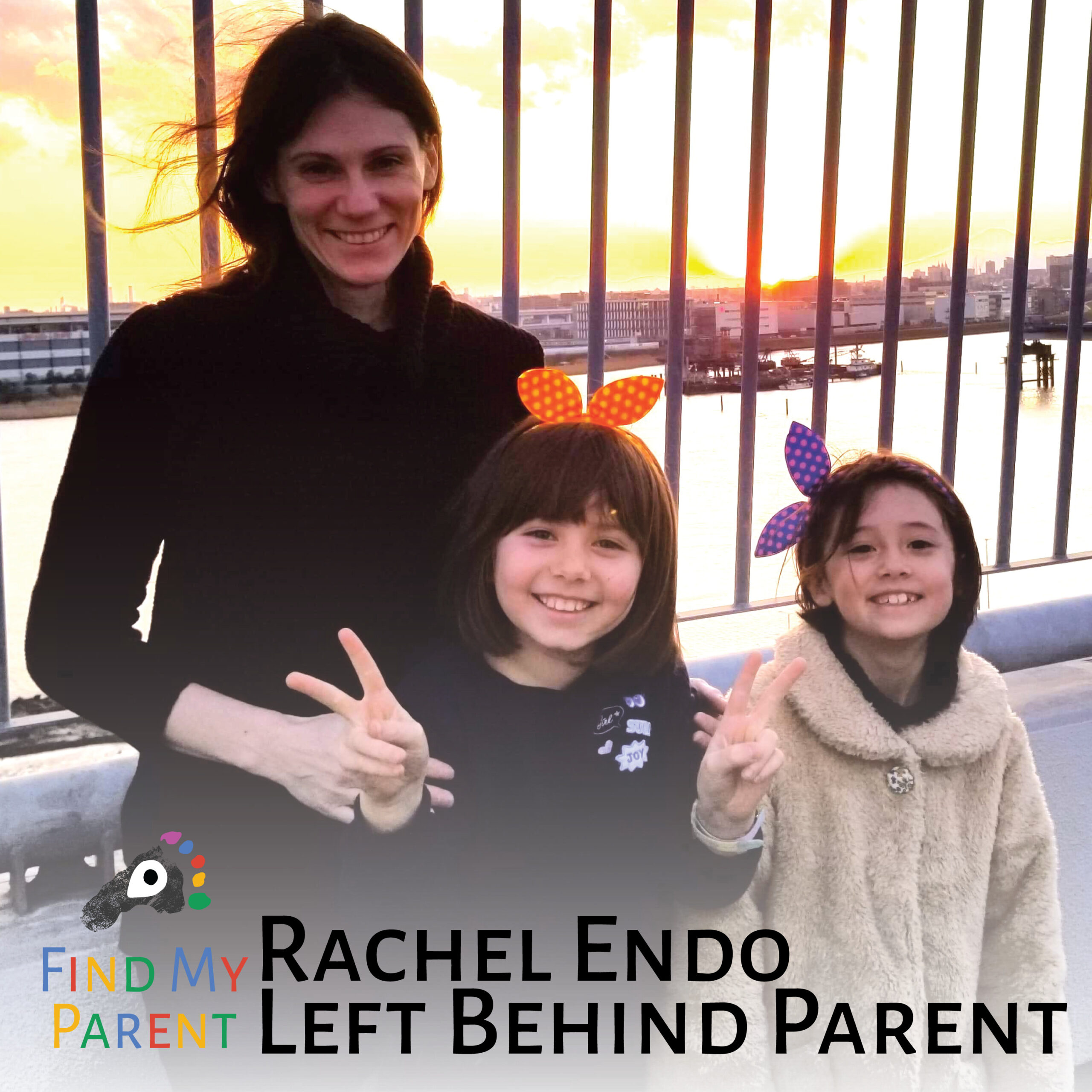 28: Getting Back Your Children from Japan – Rachel Endo, Left Behind Parent (Japan)

In this episode of You’re Double Podcast, we are speaking to Rachel Endo. Her story is somewhat unique when it …

You’re Double Podcast is not legal or medical advice. Learn more about our legal disclosures.