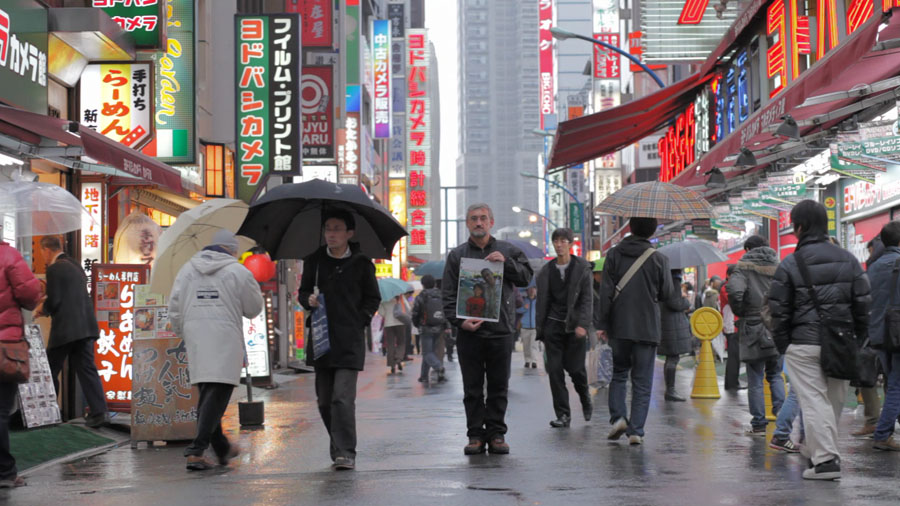 Mistakenly identified by some press accounts as an accomplishment of Prime Minister Shinzo Abe, Japan’s accession is probably more the fruit of prolonged slogging by anonymous public servants. In the fall of 2012 a senior bureaucrat involved in implementing the treaty assured me it would be signed about the time it eventually was. The fact that elections were pending in December and a change of government was a near-certainty did not factor into the prognosis!

Now it is up to these same bureaucrats to actually implement the convention, though much of the diplomatic pressure that may have been a primary motivator in the past is gone (for now). This does not mean they are not trying, and the treaty alone will be meaningless if it is not reflected in domestic law. So the Diet must now turn to the equally important task of passing the bill containing the proposed Implementing Act that was submitted in March. Assuming that the bill is passed as is, it is probably worth reflecting on its contents.

I recently spent a month in Singapore, which joined the Hague Convention in 2010 and implemented it with a short statute that adopted most of the treaty verbatim as domestic law. With 160 articles extending over 110 A4 pages, Japan’s Implementing Act stands in stark contrast in its baroqueness, and suggests a similarly long and complex implementation process. Additional rules of practice will be issued by the Supreme Court after the act is passed.

To be fair, unlike common law jurisdictions (like Singapore) — where courts have always had a broad range of undefined inherent and equitable powers, particularly when it comes to the welfare of children — Japanese courts only have those powers given to them by statute. Insofar as the Hague Convention requires signatories to have special expedited procedures for returning abducted children, these have to be defined in order for Japanese judges to do their jobs.

Thus, much of the Implementing Act’s bulk comes from the fact that it essentially creates an entire procedural code covering not only trials but appeals and enforcement just for return order proceedings under the Hague Convention. One provision in the act (Article 73) specifically empowers the presiding judge in such cases to both allow parties to speak and order them to shut up, illustrating how few inherent powers Japanese judges actually have.

With much of the Act devoted to establishing multiple stages of proceedings, each of which is a potential source of delay or disappointment for a parent seeking return of a child, some might question whether Japan actually intends to engineer a process that could lead to that result. Again, some of this apparent complexity may simply be a factor of how Japanese law is structured. Nonetheless, one might question whether in going so far as to allow a losing party to apply for a new trial (after appeals are exhausted!) on a variety of grounds that apply to other civil trials (and which include “the first trial missed something really important”) is consistent with the convention’s mandate of achieving the prompt return of abducted children.

Even if returns are ordered, enforcement may be an issue. The enforcement process established by the act stops short of allowing the imprisonment of recalcitrant abductors or permitting bailiffs to physically seize children (which is unlikely to be good for them anyway), but it would allow a bailiff to enter private property where the child is located accompanied by a designated “third person” (the requesting parent?), who may be able to do a little bit more.

The act is particularly abstruse on the subject of enforcement, and we may just have to see how (if) it works in practice. Whatever the act does say, however, it should be noted that when the draft form was opened up to public comment, the courts themselves expressed a lack of enthusiasm for any form of “direct” enforcement.

Foreign observers will likely pay close scrutiny to the factors a court can take into account in deciding to refuse a return order based on the limited number of exceptions in the convention.

Although the treaty does not address domestic violence, the act allows a judge to consider the likelihood of the child or the taking parent being subject to harmful physical or verbal behavior (defined in the act as “violence, etc.”) if the child is returned. This is an unsurprising provision given that much of the public debate on the convention focused on the “Japanese woman fleeing from abusive foreign husband” scenario. It can also be seen as an effort to address what some commentators identify as a deficiency in the Hague Convention.

What seems equally problematic, however, is the fact that the act would also allow a court to consider whether there are circumstances rendering it difficult for the taking parent or the parent requesting return to care for the child in the country of origin. Depending on how you read this, it comes very close to allowing a judge to do a type of custody evaluation, despite the fact that the convention clearly states that decisions about returns should not be treated as determinations on the merits of any custody issue.

Needless to say, how these provisions are actually put into practice by judges remains to be seen. These will be judges in the Family Courts of Osaka and Tokyo, the two courts that will have jurisdiction over Hague cases. While the court in the nation’s cosmopolitan capital may be well acquainted with international custody cases, I have heard Kansai lawyers question whether Osaka is up to the task. Again, time will tell, and perhaps many cases will be resolved amicably through mediation.

This is an area where I have both hope and significant concerns. Mediation plays a large role in many Hague jurisdictions and will likely be important in Japan too, possibly even representing a business opportunity for arbitration associations and other providers of dispute resolution services. My hope is that such providers offer panels that include non-Japanese mediators and will thus be more approachable to foreign parents.

My concern comes from the provisions of the Implementation Act allowing judges to submit return cases to court-administered mediation. While this can only be done if both parties consent, judges often have a variety of tools at their disposal to “encourage” agreement. If this results in return cases being funneled into the same sort of mediation already used in domestic custody cases and held before mediators who must be Japanese nationals, it may not be good thing for a non-Japanese parents. This may be particularly disadvantageous since the Act is unclear on if or how a parent who has agreed to mediation can subsequently reactivate return proceedings if the talks seem fruitless.

Much of the foreign pressure to join the Hague Convention was likely driven by the expectation that doing so would result in Japanese courts behaving differently in abduction cases. If you never heard about any pressure on Singapore to ink the treaty, it might be because courts in that country were ordering children returned long before it actually signed — with orders based on determinations of what was best for the child in each case.

While the Implementing Act is complex and detailed, I am not sure that it can be characterized as clearly mandating a change in judicial behavior in terms of ultimate results. For example, despite its great length, it lacks a general statement to the effect that the return of children to their home jurisdiction is the rule rather than the exception — a fairly basic assumption of the Hague Convention.

Furthermore, because it has been socialized in Japan as a treaty that “must” be signed due to foreign pressure rather than because it represents a widely accepted view of what is in the best interests of children (i.e., not being abducted), Japanese courts could conceivably continue using their own internalized views what is best for children, which has always resulted in children remaining in Japan. Again, time will tell, fingers crossed.

On a very basic level, however, implementing the Hague Convention in Japan involves grafting a treaty devoted to the welfare of children onto a domestic legal regime in which it is rarely a consideration. Japanese family law is based primarily on consensual transactions — including divorce and child custody arrangements — in which courts or other authorities play virtually no supervisory role whatsoever. Even in the minority of cases where courts do get involved, their primary goal is to encourage an agreement — any agreement — rather than achieving a result that is in the best interests of the children affected. Joining the convention may thus bring greater attention to some of the deficiencies in the laws that apply in domestic child custody disputes — deficiencies that appear to have been taken into account in drafting the Implementing Act.

The following is one example. In addition to return orders, the Hague Convention may also be used by a parent to exercise rights of access (visitation) between signatory nations. The Implementing Act provides the mechanism for doing so: A foreign parent seeking visitation with a child taken to Japan may apply to the Ministry of Foreign Affairs (MOFA) for assistance. In doing so, the parent must submit (among other things) proof that they are entitled to visitation or access under the laws of the country in which the child had been living before coming to Japan.

Going the other way, a parent in Japan may apply to MOFA for assistance with visitation with a child taken to another country. In dealing with this latter scenario, the act seems to go out of its way to avoid referring to “rights of access under Japanese law.” I am speculating, but there may well have been a desire to avoid any clear reference to access rights under Japanese law, since it is not clear that such things exist in any meaningful sense.

A clear reference to such rights in a Japanese statute would open the door to them being asserted in domestic cases, or at least invite demands for an explanation that such rights be defined for all parents in Japan, not just those seeking relief under the Hague Convention. Indeed, my own view is that a child taken from Japan to a fictional country that had an identical Implementing Act might actually find it impossible to meet the act’s requirement that they prove they are entitled to access under Japanese law. It will thus be interesting to see how this aspect of Japanese law is explained to foreign courts and central authorities.

However, as many parents have discovered, this is an apparently meaningless right once the other parent has decided to unilaterally designate a different residence by abducting the child. Here again, the drafters may have wished to avoid drawing attention to potential conflicts with domestic law by seeking to limit “rights of custody” to being a concept that only applies in convention cases.

If this was the intent, I doubt it will be successful. Parents of abducted children are understandably very persistent, and the many Japanese parents who will never benefit from Japan joining the convention because their cases are not “international” are watching the implementation process closely and with great interest. A convention regime that treats foreign parents better than Japanese parents is probably untenable, so perhaps the act will lead to changes in domestic family law too. Again, fingers crossed.

Colin P. A. Jones is a professor at Doshisha Law School in Kyoto. Send comments and ideas to community@japantimes.co.jp.