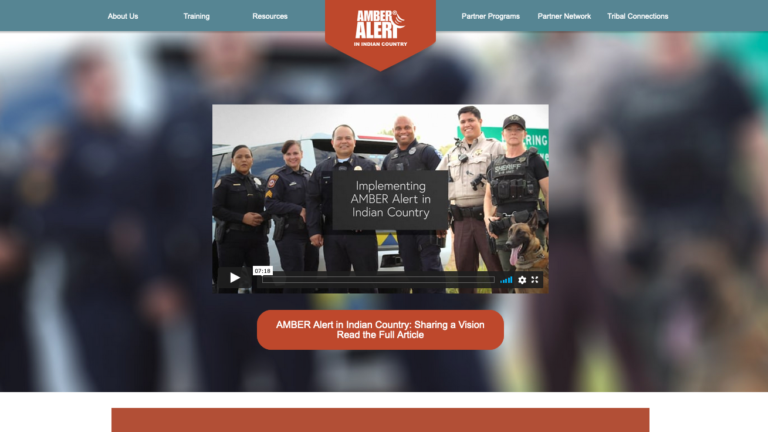 International parental kidnapping, whether as a result of a parent or other person taking or wrongfully retaining a child with the intent to obstruct the lawful exercise of parental rights, merits the full and timely attention of law enforcement. The child (or children) should be considered to be in danger, especially when the person taking or retaining the child has previously threatened to abduct or harm the child or themselves, or is otherwise unstable. In these cases, the law enforcement responsibility is much broader than the simple act of retrieving the child. Officers, and the agencies they represent, who respond promptly, professionally, and efficiently to reports regarding what many term “family kidnappings” become, in effect, a means of protection for the child (Findlay and Lowery, 2011). This guide is for local, state, and federal law enforcement authorities who respond to international parental child kidnapping cases. It suggests methods for preventing international child kidnappings by family members; describes the role of law enforcement as the initial responder and investigator; discusses applicable laws, treaties, and legal remedies for child recovery and reunification; and outlines considerations for criminal prosecution and extradition of offenders.

Checklist for Public-Safety Telecommunicators When Responding to Calls Pertaining to Missing, Abducted, and Sexually Exploited Children

Reports of missing, abducted, and/or sexually exploited children may be among the most difficult, challenging, and emotionally charged cases public-safety tele-communicators and law-enforcement agencies will ever experience. The attitude and approach taken when responding to these incidents may determine whether the child is recovered promptly and safely or remains missing and/or in an exploitive environment. Each stage of the case, therefore, from initial call through case closure, forms a critical component of a thorough child-protection response. Since public-safety telecommunicators are the agency’s initial first responders and have the primary responsibility to receive, process, transmit, and/or dispatch calls, the manner in which the initial call is managed by the public-safety telecommunicator forms the foundation and direction of the overall response to incidents involving missing, abducted, and/or sexually exploited children.All agencies must provide its members with the necessary tools and training enabling them to act quickly and decisively when confronted with reports of missing, abducted, and/or sexually exploited children. The single most important tool an agency may provide is a clearly worded policy containing logical procedures and best practices for public-safety telecommunicators to follow when receiving calls pertaining to these incidents

The information provided in this report does not reflect all cases of missing or abducted Native American children, only those reported to NCMEC between 1/1/2009 and 12/31/2018. Children were determined for inclusion in this analysis based on demographic information provided by an official source, including the child’s parent(s), the child’s legal guardian, social services or law enforcement.

This report presents information about AMBER Alerts issued in the 50 states, the District of Columbia,Puerto Rico, and the U.S. Virgin Islands from Jan. 1, 2019, through Dec. 31, 2019, and intaked by NCMEC. Although an AMBER Alert case may be activated in multiple areas, this report organizes alerts based on the state/territory of first activation. This report analyzes cases according to the case type for which the AMBER Alert was issued, not the case type at the time of recovery.

This is an analysis of data regarding children with an autism spectrum disorder who were reported missing to the National Center for Missing & Exploited Children (NCMEC). The research methodology involved querying the database for children who were reported to have autism or Asperger syndrome as a medical condition, a mental health condition, or a special needs condition1. Although the conditions and circumstances can vary widely, these children will be referred to as ‘children with autism’ for the purposes of this document. This analysis includes data reported to NCMEC between January 1, 2007 and December 31, 2016 In total, there were 952 children with autism reported missing to NCMEC during this ten year period. These 952 children were involved in a total of 1,067 missing incidents.

A family abduction is defined as the taking, retention or concealment of a child, younger than 18 years of age, by a parent, other person with a family relationship to the child, or his or her agent, in violation of the custody rights, including visitation rights of a parent or legal guardian. Between 2008 and 2017, the National Center for Missing & Exploited Children® (NCMEC) received 16,264 children with 11,761 known abductors who were involved in family abductions cases. Children and abductors were analyzed for demographics, and missing and recovery information. This report also presents information pertaining to missing duration, as well the amount of time taken to obtain a state warrant or enter the child in the National Crime Information Center (NCIC).The majority of these cases involved children who were abducted by a biological parent (89.9%). Family abductions are more likely to occur when the child(ren) are younger and the abduction takes place most often during the summer. Children abducted by family members were most likely to have a mean age of 5 years old. Almost a third (32.2%) of these children were abducted in the summer months (June, July, August). In the past decade, there has been an overall decline in the amount of time in which the child is separated from their custodial parent/guardian when they are abducted by a family member.Cases with an international component had longer missing durations than domestic cases, but the durations of both were on the decline. This report found significant correlations between the time it took to issue state warrant and the missing duration of a child.

There are many unknowns in child sex trafficking (CST), notably the exact number of child victims whoexist in the United States. Male1 victims of child sex trafficking have been, and remain, a bigger unknown. There is a commonly perpetuated belief that victims of child sex trafficking are almost exclusively female. Though males may comprise a smaller proportion of victims, their numbers are significant, and they frequently face other endangerments. An even smaller proportion of child sex trafficking victims include transgender females, or individuals who identify as female but were assigned male at birth.This analysis describes a subset of male victims of child sex trafficking by analyzing males who werereported missing to the National Center for Missing & Exploited Children (NCMEC) and were at high risk of being victims or were known to be victims at the time they were missing. Furthermore, only males who were reported missing to NCMEC between 2013 and 2017 were included in this analysis. Incidents involving males made up 5% of all possible CST missing incidents reported to NCMEC during the timeframe. However, external research has increasingly found that there are more male victims of CST than previously assumed. In some cases, studies have mentioned that the number of males and females is likely similar (Development Service Group, Inc, 20142 & Walker, 20133). In a 2016 Department of Health and Human Services study, 34.4% of surveyed males between the ages of 14 and 21 experiencing homelessness reported exchanging sex for something of value, including a place to stay, money, food, protection and drugs