In Japan, divorce can mean losing access to children. Many parents want that to change. 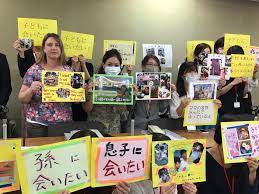 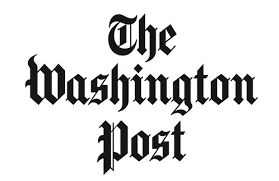 TOKYO — When Izumi finally tired of her husband’s affairs, she decided it was time to separate and made plans to take their three young children with her.

But her husband was one step ahead. He prevented her from taking the children and soon denied her the right to even see them after the divorce.

That was three years ago. Izumi, who asked that her family name be withheld to protect her children’s identities, hasn’t met them since.

Within a month, Izumi said, her children had been taught to say: “I hate my mom.”

But when she took her case to court, she received a reply that is all too familiar to thousands of Japanese parents. The children were now settled with a former spouse, and visits would only disturb them and their new household, a judge said before giving sole custody to the father. Izumi would have to make do with being sent photographs once a month.

Japan is unusual among developed nations in not recognizing the concept of joint custody. Its custom of granting sole custody to one parent means that hundreds of thousands of mothers and fathers face potential barriers to seeing their children, and that children are being denied the right to see both of their parents as they grow up, lawyers say.

But now, a combination of international pressure and a legal effort in Japan could bring a reexamination of the country’s custody laws.

Tomoshi Sakka, a lawyer who has handled rights cases, said there is growing public awareness that children have fundamental rights of their own to see both parents.

“The law tends to see the issues in terms of parents but not of children’s fundamental rights,” he said.

They rap about growing up in Japan. But they are called outsiders because their families left generations ago.

Sakka has filed three “intertwined” court cases, arguing that parents have a fundamental human right under Japan’s constitution to see their children, that the lack of a law preventing parents from leaving with their children is an unconstitutional violation of children’s rights, and that courts should enforce parental visitation rights.

All of the cases are at different stages, but a verdict in the first is expected in November.

Japanese courts operate on what’s known as the “continuity principle,” almost always granting sole custody to whoever has physical control of the children when a case comes before them.

That reflects Japan’s now-abolished family system that saw children as “possessions” of households and the prevailing idea that courts shouldn’t disturb those households. It is also an idea Japan’s conservative establishment clings to.

What that means in practice is that parents seeking custody of their children need only to abscond with them to a new location and deny the other parent access. Courts almost always reward the “kidnapper” by granting sole custody.

Courts in Japan lack the specific legal right to enforce visitation rights, meaning it is effectively up to the custodial parent’s discretion whether the other parent gets even occasional access or news.

The issue has long been associated in the media and the public mind with foreign fathers, who have protested for years after their Japanese wives absconded with their children and then refused to let them see them.

Some Japanese men are now coming forward and pushing for the right to see their children. So are Japanese women such as Izumi.

Japan’s Justice Ministry has argued that the current custody rules are designed in the best interests of children. When marriages end badly, it is less unsettling for children to be raised by a single parent, officials contend.

In Japan, a campaign against high heels targets discrimination and conformity

Challenges also are brewing outside Japan. A campaign by a French father and an Italian father have also brought significant pressure on Japan to review its laws.

Vincent Fichot and Tommaso Perina’s lobbying led the European Union to take action. Twenty-six E.U. ambassadors wrote a joint letter in 2018 arguing that children should have the right to see both parents, citing the U.N. Convention on the Rights of the Child. That message was forcefully underlined with a resolution of the European Parliament in July.

Now European lawmakers are pressing the E.U. to link its 2019 trade deal with Japan to the custody issue under a parallel agreement that commits both sides to respect international human rights treaties.

“Foreign pressure is becoming increasingly crucial,” said Seiichi Kushida, an opposition lawmaker who has been leading calls for change in Japan’s parliament, the Diet. “Public support for our proposals is still not as strong as we hope it to be, so the walls we have been up against are thick.”

Under then-Prime Minister Shinzo Abe, the government set up a panel to research legal issues concerning custody and look at the systems in 24 other countries — almost all allowing joint custody.

That panel doesn’t have the power to propose legislation, but Kushida has “high expectations” that Japan’s new justice minister, Yoko Kamikawa, appointed to the role for a second time last month, will help push for change in the law.

Kamikawa was deputy chair of a group of 90 lawmakers — out of 713 in the Diet — lobbying for joint custody.

“It is important to take the utmost benefit of children into consideration,” she told the Yomiuri newspaper shortly after taking office. “That is in line with global trends, and I would like to continue discussions.”

In previous decades, men worked long hours, and women looked after children. Courts awarded custody to women in about 90 percent of cases. Today, more Japanese men are seeking custody after divorce — and more women are finding themselves denied access to their children.

At a remarkable news conference last month, 23 mothers and one grandmother — including one Australian woman — told heartbreaking stories of being denied access to children.

Izumi said her children’s schools have refused to help, and a public help desk for children refused to intervene because it said it saw no evidence of physical abuse.

“Today, my husband only sends me photos once every two months. He says even doing that is against the well-being of our children. But what is ‘the well-being of children’ all about? I don’t know who I can turn to.”

Japan signed abduction treaty but for ‘left-behind’ parents, that doesn’t mean much