The ‘lost’ child: A mother’s fight for custody 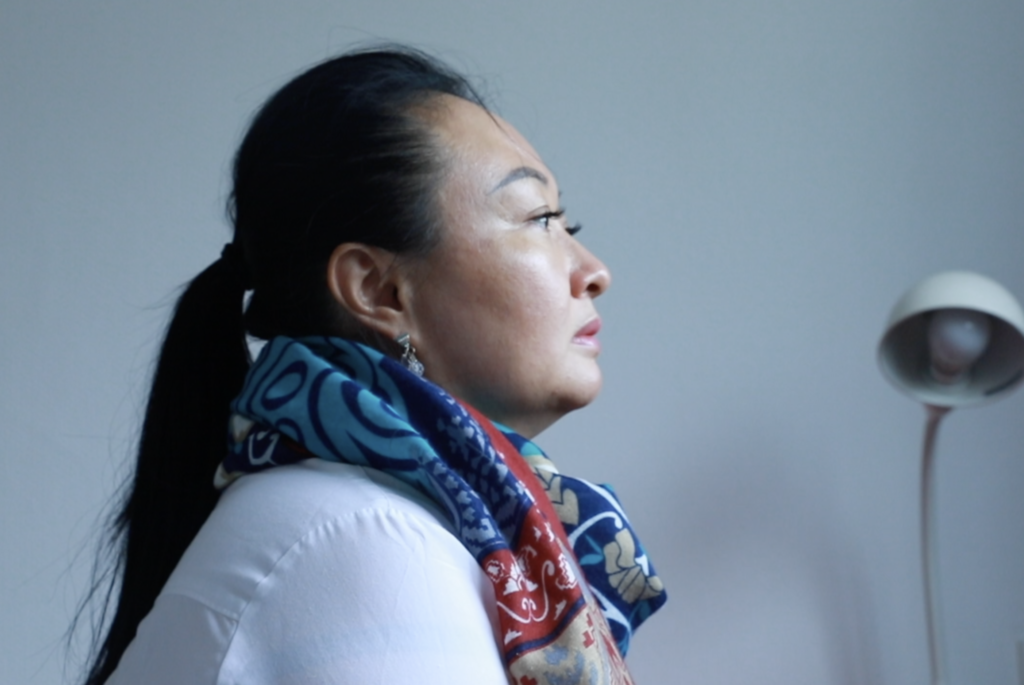 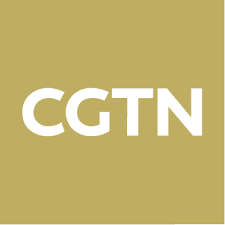 Dai Xiaolei took some board games to a court in the northern city of Shijiazhuang on a freezing, foggy day. She was excited because she was going to see her son. The boy was upbeat while they played games in a courtroom until his father threw a tantrum outside. Dai was all too familiar with this outburst as the man’s anger usually brought an abrupt end to her visitation, despite the presence of a judge. As her boy rushed to check on his father, she knew it was time for her to leave.

This was one of Dai’s 13 trips to the city of Shijiazhuang and the adjacent Baoding to visit her eight-year-old son. Over the past seven years, she has only been able to spend a total of 25.5 hours with him. Each time, she would be full of joy but would leave brimming with grief, and racking her brain on how to gain more visitation hours.

At the end of 2013, Dai flew back to Beijing from Toronto where her parents live, together with her then-husband and son. When she opened the door and turned on the light, she was surprised to find her mother-in-law and sister-in-law in her apartment. They said they wanted to take her son, then 16 months old, to their hometown – Gaoyang, a county under Baoding – so as to take better care of the baby since Dai had to work.

“I was shocked, as we never had a discussion about this before,” she said, rejecting their offer.

When they hailed a car and prepared to take her son the next morning, she ran to the elevator, grabbed him back and locked him in his bedroom following an argument with her then husband Liu Xu.

“He hit me on my head, and that was not the first time he physically abused me. I thought that was unfair, so I took my son back into our apartment.”

Liu’s mother and sister tagged along, claiming that the only option was to take her son away to live with them, despite Dai repeatedly trying to convince them that she could look after her own son with some help, such as from relatives or a nanny. After a standoff that turned increasingly violent, she gave into their demands for fear of confronting the abusive man, intending to deal with it later.

“They had definitely planned this in advance, but I hadn’t realized it,” she recalled during an interview with CGTN in March. 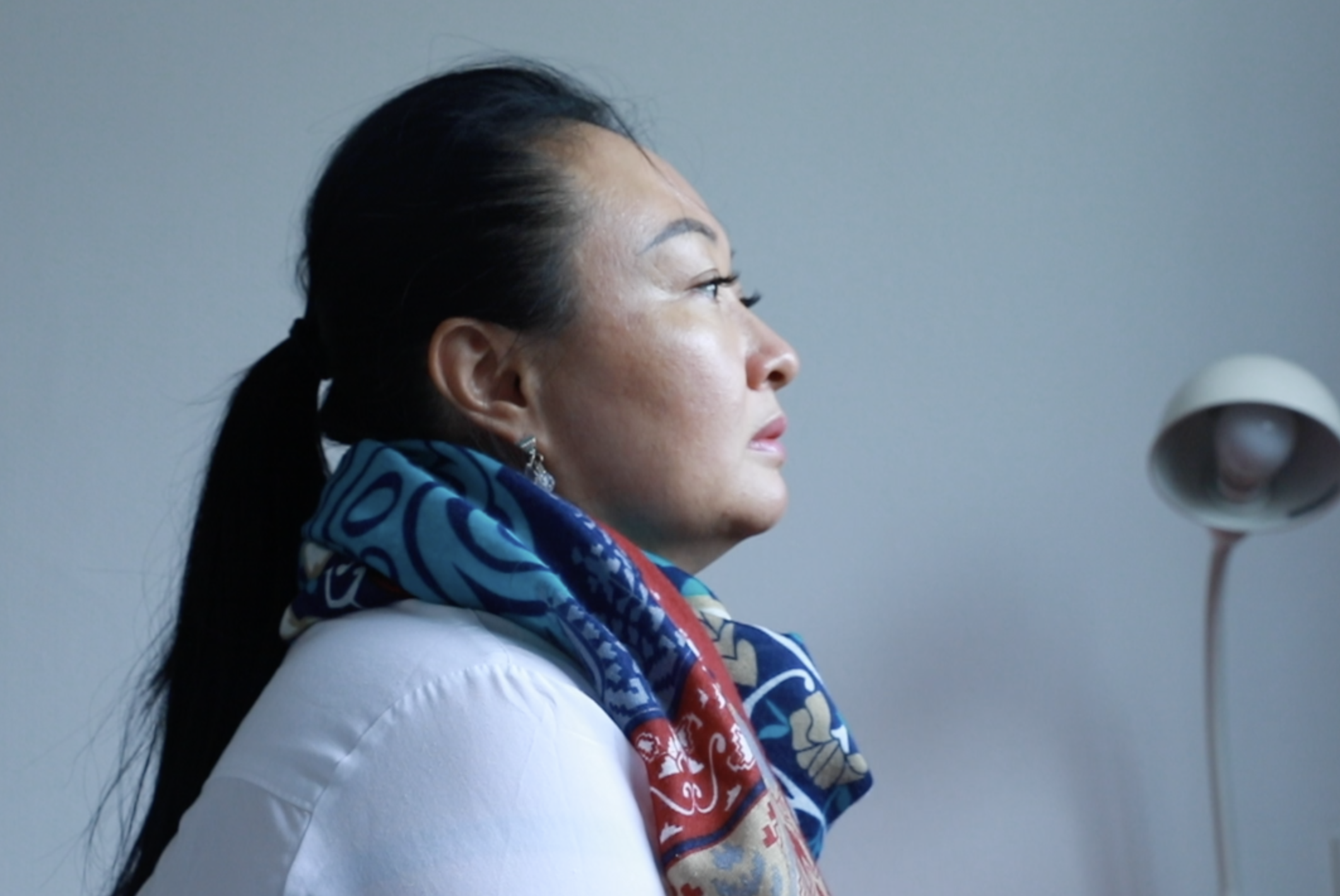 Dai Xiaolei looks out of the window before going for her seventh court trial in Beijing, China, April 22, 2021. /CGTN

Dai, a Chinese Canadian who moved to China 15 years ago, has been working as a film art director. She met Liu, a stunt coordinator from a rural family, on a movie set and got married in 2009. At first, she found him humorous and sarcastic, an affable front that belied his abusive character.

“The first time he beat me was in the winter of 2011. I wanted to take a shower at his family home, but there was not enough hot water. He used a pillow to smother me after a mutinous exchange of words. Since then, there was a flurry of beatings, which became more frequent in 2014 when it happened every other day.”

She didn’t give up despite his frequent acts of physical and verbal abuse, as well as his blatant extra-marital affairs.

“Back then I even believed that perhaps a child could save the marriage,” she said.

For those in abusive relationships, it’s often easier to stay than to leave. To just walk away from a poignant, fear-filled relationship requires tremendous courage. For Dai, she stretched herself to the limits.

“When I came back home one day, he destroyed all the glass objects in the house with a big wrench,” she said. Under her mother’s persuasion, she thought it was time to leave. “What if the wrench was used to hit your head? You would be dead,” asked her mother who had flown in from Toronto, worried about Dai’s safety and mental health.

Dai initiated divorce proceedings in 2014 but Liu declined. A year later, Liu filed for divorce and got a verdict in 2016.

“Because of his engagement in domestic violence, he compensated me 5,000 yuan ($785) during the divorce settlement. That was it,” said Dai.

However, she lost the custody battle, along with visitation rights.

“‘You’ll never win this case, because your child is not physically with you.’ That was what I heard most during my divorce proceedings,” Dai remembered.

She left Shanghai with her parents to move to the U.S. and then Canada at the age of six, so she had little knowledge of the laws in China.

Between the day her son was taken away and the day she received the verdict, she never got a chance to see him.

“All communication was blocked off,” she said. Dai traveled to Gaoyang numerous times, all in vain. The door was always closed, and Liu would allegedly beat her away. 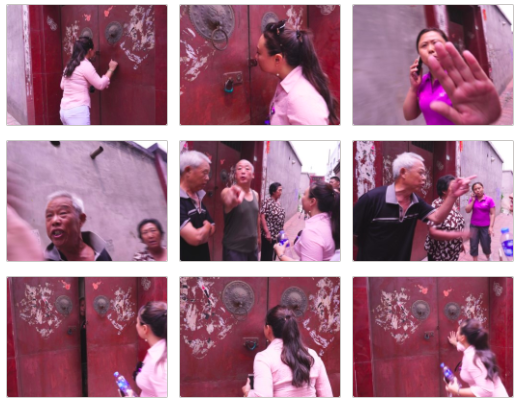 A group of photos taken during one of Dai Xiaolei’s visits to her then husband’s family home in Hebei Province, north China in the hope of seeing her son, /Dai Xiaolei

In China, joint custody is rare. Family courts, on most occasions, would give sole custody to one parent with whom the child is living and the other parent visitation rights. In many cases, a shortcut to winning custody is to abduct and conceal the child before the divorce.

“The judge usually makes the custody verdict on the grounds of not changing the child’s current living arrangement. Domestic violence is not a priority,” Zhang Jing, a family lawyer and deputy director of familial affairs at Beijing Lawyers Association, told CGTN.

Dai felt a wave of depression welling up.

In 2016, she rented an office, hired assistants and founded a group to connect with other mothers in the same quagmire. More than 200 mothers have joined the grassroots nonprofit called Purple Ribbon Mother’s Love, sharing the agony and pain that other people have a hard time understanding.

“It’s an emotional bond, very liberating, because we don’t have to explain anything,” Dai mused.

In a country where sympathy still resides with the patriarch, people often judge female divorcees and blame the victims. Many would question “why does your husband leave you and take your kid away from you” and conclude “you must have done something wrong.” Many of these emotionally battered mothers have attempted suicide since they can’t find any hope. Sometimes even getting up in the morning is tough. “Every morning, we wake up to the same thing,” Dai described the torture.

Apart from the group’s psychological support, Dai and other mothers have been seeking legal avenues in hopes of addressing the problem in a fair way.

Living with one parent who has a history of domestic violence is detrimental to the child, according to family lawyers dedicated to criminalizing parental child abduction.

Their relentless efforts eventually bore fruit: Dai got visitation rights to her son in May 2018, two times a month, enforced by the court. This way she was finally able to see her son for the first time in three years.

“I didn’t know what he looked like. I only remember he had a birthmark on his left cheek,” she said.

Dai said she found out that her son was calling his aunt – Dai’s former sister-in-law – “mother” and that Liu barely looked after him.

Her excitement from this legal success quickly waned since her husband often disappeared or just prevented her from seeing her son by giving various excuses. Among the piles of court paper trails reviewed by CGTN, there’s one urging Liu to show up with the child as agreed.

Dai and other Purple Ribbon mothers then spent much of their time lobbying lawmakers in hopes of giving their children a healthy, fair living environment.

Over the past six years, Dai filed with the court seven times for either custody or visitation rights and spent about one million yuan seeking solutions to see her son. In a way, she’s lucky to be able to do so – there are mothers in Purple Ribbon who haven’t heard from their children in a decade.

Zhang Jing, also a professor with the China University of Political Science and Law, has been working for years with Purple Ribbon in outlawing parental child abductions. A report by her research team estimated that some 80,000 children, mostly boys under the age of six, were snatched and hidden by one parent in divorce cases during 2019. This figure was calculated based on 749 litigation cases between 2007 and 2019. Of all divorce cases, 12.7 percent involve parental child abduction. Her team also discovered that parents who abduct and hide children are the husbands, and nearly 40 percent of them have a history of domestic violence.

“Two thirds of children abducted are boys, perhaps catering to the conventional mindset that boys carry the family bloodline as heirs,” Zhang told CGTN. “And in many cases, the son is raised by his paternal grandparents or relatives instead of the father himself.”

A crucial turning point came in June 2019, when Ma Yi’nan from China Law Society brought a proposal along with a video to the attention of the All-China Women’s Federation, a national-level NGO dedicated to advancing women’s rights. The video was filled with stories of mothers who had their children abducted by their former husbands or partners. Afterwards, the organization suggested to legislators an amendment to the existing law that would criminalize the abduction of children during divorce proceedings.

In April 2020, over 100 Purple Ribbon mothers signed a petition calling for legislation to criminalize the act.

“We have to move forward, since we can’t simply move on,” she sobbed.

These lobbying efforts and other advocacy pushes paid off – the following month, a deputy to the National People’s Congress called for legislation to protect Purple Ribbon mothers’ rights. On October 17, 2020, China’s legislative body amended the country’s Law on the Protection of Minors, making it illegal to “snatch and hide” the child to win custody. The provision went into effect Tuesday, Children’s Day 2021.

During the past year, some mothers managed to gain custody, while others are still fighting for more visitation hours like Dai.

Looking ahead, the passage of the amendments may only be part of the battle for reform. Enforcement of these measures and visitation rights of children who are caught up in divorce cases will require vigilance from police and courts, while those who may have their children taken away by their spouses will need to be educated about these protections.

Yet a legal victory on this front feels Pyrrhic, since all parties involved, including the children, will undergo traumatic changes in their lives. Emotional scars are the hardest to heal. As Dai puts it, “There are no winners, only losers.”

(Liu Xu is a pseudonym.)

If you have a story on parental child abduction and want to share it with us, please write to us at stories@cgtn.com. 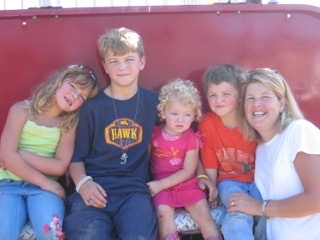 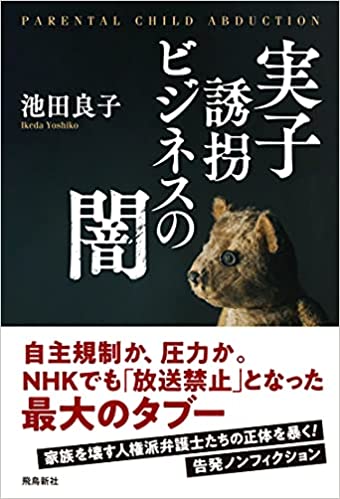 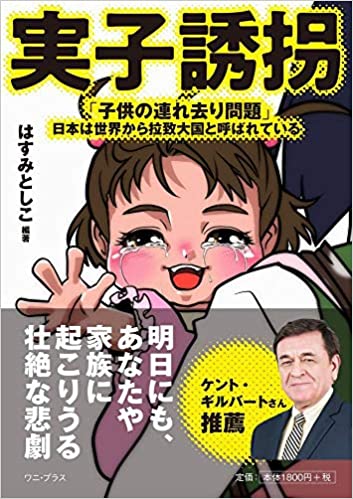 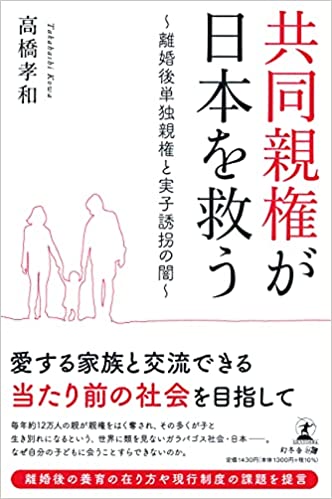