There are many unknowns in child sex trafficking (CST), notably the exact number of child victims whoexist in the United States. Male1 victims of child sex trafficking have been, and remain, a bigger unknown. There is a commonly perpetuated belief that victims of child sex trafficking are almost exclusively female. Though males may comprise a smaller proportion of victims, their numbers are significant, and they frequently face other endangerments. An even smaller proportion of child sex trafficking victims include transgender females, or individuals who identify as female but were assigned male at birth.This analysis describes a subset of male victims of child sex trafficking by analyzing males who werereported missing to the National Center for Missing & Exploited Children (NCMEC) and were at high risk of being victims or were known to be victims at the time they were missing. Furthermore, only males who were reported missing to NCMEC between 2013 and 2017 were included in this analysis. Incidents involving males made up 5% of all possible CST missing incidents reported to NCMEC during the timeframe. However, external research has increasingly found that there are more male victims of CST than previously assumed. In some cases, studies have mentioned that the number of males and females is likely similar (Development Service Group, Inc, 20142 & Walker, 20133). In a 2016 Department of Health and Human Services study, 34.4% of surveyed males between the ages of 14 and 21 experiencing homelessness reported exchanging sex for something of value, including a place to stay, money, food, protection and drugs

The National Center for Missing & Exploited Children (NCMEC) has access to unique data about child exploitation images, particularly those involving identified victims and offenders and reported by multiple law enforcement agencies. Through the cooperation of NCMEC, and with the financial support of Thorn, we were able to extract data from NCMEC databases to address multiple research questions.The primary objective in this project was to develop knowledge to assist law enforcement in identifying victims of child sexual abuse material and intervening to prevent child sexual exploitation and abuse.In this study, the first of its kind, we were able to analyze data from two different datasets: (1) a historical dataset that encompassed all actively traded cases involving identified victims from July 1, 2002, to June 30, 2014 (518 cases involving 933 victims); (2) a modern dataset encompassing all cases involving identified victims from July 1, 2011, to June 30, 2014 (1,965 cases involving one offender and one victim, and 633 cases involving multiple offenders and/or victims; only a small minority of these cases were actively traded). The historical set allowed us to examine trends over time, whereas the modern dataset had more information due to a more comprehensive law enforcement submission form implemented in 2011.

Conducted by the National Center for Missing & Exploited Children® and funded by Google.org, the Global Research Project was an examination of hotlines combating Internet-facilitated Child Sexual Abuse Material.1 The online sexual exploitation of children is a global challenge and countries around the world are uniting in pursuit of a comprehensive plan to prevent and disrupt the online spread of CSAM. By conducting this research, NCMEC hopes to create a better understanding of the current global response to CSAM, the challenges hotlines encounter and most specifically, how community focused technology advances can increase hotline impact.

The Online Enticement of Children:An In-Depth Analysis of CyberTipline Reports

The National Center for Missing & Exploited Children operates the CyberTipline, the nation’s centralized reporting system for suspected child sexual exploitation. In 2017 alone, we received more than 10.2 million reports, a number that has been growing exponentially each year. The CyberTipline uniquely positions NCMEC to spot patterns andtrends in child sexual exploitation, including the “online enticement” of children.Online enticement covers a broad spectrum of victimization and occurs on all platforms. Someone enticing a child online can have a variety of motives and tactics. Often online enticement involves enticing a child to share sexually explicit images, meeting in person for sexual purposes, engaging the child in a sexual conversation or role-playing or, in some instances, to sell or trade the child’s sexual images to others. This analysis only included enticement that occurred strictly online, and there was no indication that a meeting took place. It did not include any blackmail, known as “sextortion,” which is another form of online enticement. Our in-depth analysis of sextortion is available at MissingKids.org/sextortion. A future analysis will look in-depth at those reports involving meeting in person.To better understand this type of victimization, we analyzed 5,863 CyberTipline reports from January 1, 2015 through December 31, 2015. Patterns and trends were analyzed based on the information provided by Internet companies, other agencies and the public about the interactions/exchange of information by/between individuals regarding the online enticement of children. In all of these incidents, reports were made to the CyberTipline, jurisdictions were identified and the reports were forwarded to the appropriate law-enforcement agencies. 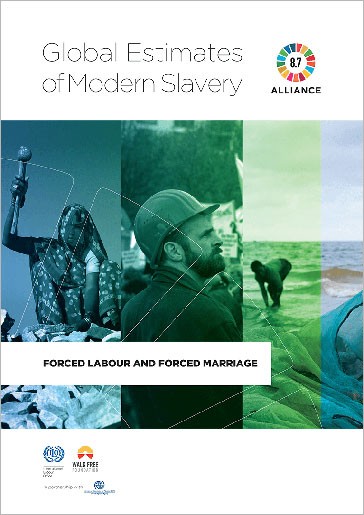 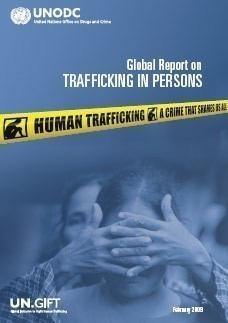 Worldwide, almost 20% of all trafficking victims are children. Of the 5 million children that are trafficked, 66% are girls

Worldwide, almost 20% of all trafficking victims are children. Of the 5 million children that are trafficked, 66% are girls