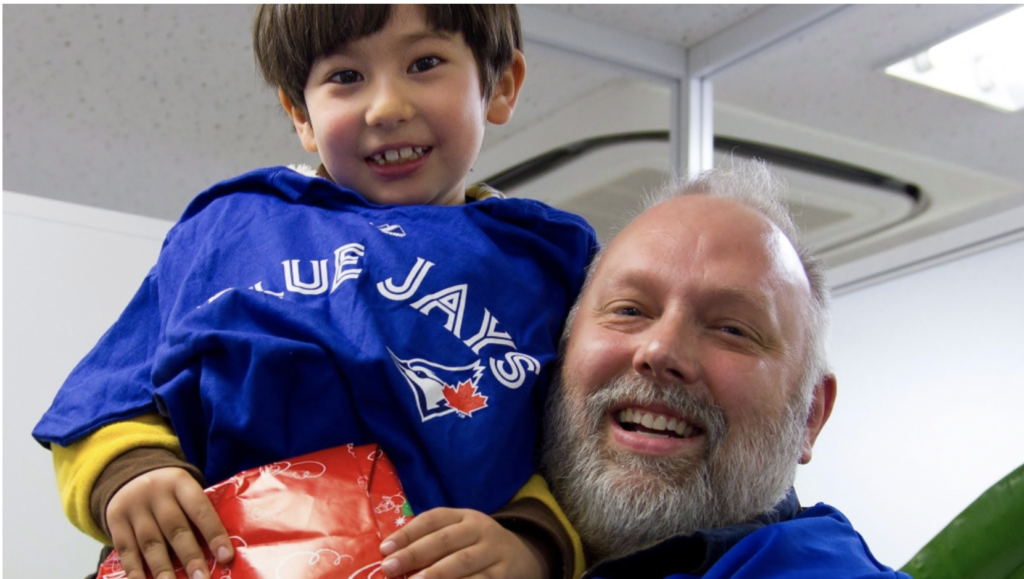 TORONTO — A Canadian father is hoping a mountain hike will help ease his distress and draw attention to the insurmountable roadblocks countless parents like him face in trying to access their children in Japan after their marriages fall apart.

Tim Terstege is planning to climb Mount Fuji on Oct. 13, the day four years ago his wife disappeared with his then-four-year-old son.

“That’s kind of a dark time for me; it’s a positive way of just dealing with it,” Terstege said in an interview from Himeji, Japan.

“When you go through this type of situation, you have to deal with a lot of pain. It’s just really hard. Climbing Mount Fuji is for me just a way of breaking out of the sorrow.”

Terstege, 42, formerly of Barrie, Ont., officially has 24 hours a year access to his son, Liefie, a dual Canadian-Japanese citizen. But he doesn’t know exactly where his wife or child are and the courts have not been of help. It’s the Japanese way, he said.

“Whoever abducts the child first is going to get custody,” he said.

The Canadian father is far from alone in trying to navigate a seemingly impenetrable and hostile Japanese system sometimes described as a black hole for children. Figures indicate dozens of Canadians — mostly fathers — are among thousands of foreigners faced with the gut-wrenching loss of their children in Japan. Some parents are reported to have killed themselves in despair. Others have ended up in jail after trying to snatch back their children.

The Japanese embassy in Ottawa said it was “unable to express (its) viewpoints” and referred questions to the Foreign Ministry in Tokyo, which had no immediate comment. Global Affairs Canada, which said it was currently dealing with 25 cases, offered only general observations about consular assistance.

However, in a letter to Terstege this past week, a senior official said the issue was important to the Canadian government, and embassy officials in Japan had, among other things, discussed his case with the Japanese Ministry of Foreign Affairs.

“We recognize the need to continue to raise the issue of parental child abduction cases with Japanese authorities,” the letter states.

In a briefing note last year, one Canadian consular official noted the “reality of the Japanese system” but said Canada was not pressing Tokyo for change, as former prime minister Stephen Harper did years ago.

In 2014, Japan finally signed on to the Hague Convention, which aims to provide legal recourse against international child abductions. However, enforcement is woefully inadequate and a parent can frustrate court orders to return a child simply by refusing to comply, experts say.

“While the process of implementing the Hague Convention has brought some clarity to the theory and practice of enforcing returns, without sanctions for contempt — which Japanese judges lack in these cases — or other police-like powers to back them up, court orders can end up being meaningless pieces of paper,” Colin Jones, a lawyer from Calgary, wrote in a recent article in The Japan Times.

Visitation restrictions, draconian by Canadian standards, can leave parents feeling like they have been treated like criminals, Jones said.

Kris Morness, of Vancouver, considers himself lucky in that he is usually able to Skype weekly with his son, Max, 5, believed to be in Tokyo.

Despite obtaining full custody and an American arrest warrant for his wife, who abducted Max three years ago from Seattle, Wash., where they were living, Morness said there’s little point in trying to litigate in Japan.

“It’s really traumatizing when you lose a child like this,” Morness, 43, said. “All I can do is wait. It is the worst bureaucratic nightmare I’ve ever experienced.”

In an effort to effect change, Bruce Gherbetti co-founded the activist organization Kizuna Child-Parent Reunion after his own experience. In 2009, his wife accused him of domestic abuse and, while he was in pretrial custody in Vancouver, she took their three girls now aged 9, 11, and 13 and left for Japan.

Among other things, Kizuna aims to educate the Japanese about the potential harm to children deprived of access to one parent.

“Your child is akin to a table or an automobile (in Japan),” Gherbetti said from Australia where he now lives. “If someone takes one of those from you, you have a better chance of obtaining its possession again than you do a child.”

Terstege said he’s given up on the Japanese court system. Even though he and his wife are still married, it’s highly unlikely he could ever regain custody, so his goal is to try to see his son for the 24 hours a year in the presence of a third party organization as per court order.

“I’m not going to give up,” Terstege said. “Climbing Mount Fuji is just another thing for me for motivation.”