THE FINANCIAL COST OF CHILD ABDUCTION 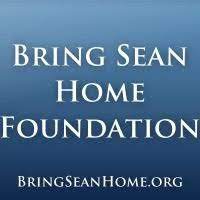 Note: When I reviewed the article over 4 years after I had first written it, I chose to leave the original text “as-is” and append it with updates. Although the status of the individual cases referenced have changed, I believe that the original story still reflects the truth that most left-behind parents face today.

Due to my personal experiences, this article will focus on Brazil.

Consider the case of David Goldman; in the 4 ½ years since his son, Sean, was abducted, he has spent over $360,000 in legal and travel expenses. He is not alone and according to a December 27, 2008 article published in the Financial Post, “[Francois Larivee] has burned through $150,000, and still there is no end in sight.”

From this, it appears rather obvious that the only people winning are the attorneys.

At least one parent, Gary Reilly, whose twin sons were abducted to Brazil in April, 2004, never petitioned for the return of his children due to the perceived cost of litigation. As told in a thread on BringSeanHome.org, when he consulted an attorney, “He also told me that if I went to court, be prepared to pay a minimum of at least $100,000, before anything was decided.” A different attorney in Brazil, when asked what it would cost to present in court a Hague Convention case, quoted $30,000 plus another $20,000 if the case was won. When asked if the definition of winning meant that the child was returned, the answer was “No”. Winning simply meant that the first judge ordered the return of the child, not mentioning the likely rounds of appeals.

How tragic it is that a lack of money rather than a lack of love could keep a parent from their child.

There are however, certain legal strategies one could use to help alleviate the costs of expensive litigation related to a petition under the Hague Convention on the Civil Aspects of International Child Abduction. One such strategy is to sue the abducting parent (and any accomplices) in the United States courts. If you’re lucky enough, they may have assets you can retrieve. Related to this strategy, David Goldman reached a settlement with his child’s grandparents for $150,000 – a lot of money until one considers that he has spent over twice that so far in litigation. Another father, Marty Pate, was awarded $65,000 in U.S. courts, an amount unfortunately, he’ll likely never see. In an unprecedented 2008 ruling in Maryland, Michael Shannon (Shannon-vs-Khalifa), whose two sons were abducted to Egypt was awarded a massive $3 million jury award – upheld on appeal. Yet the sting in the tail is that there are no U.S. assets to make the judgment work; the children are gone and remain overseas with no contact with their father.

It doesn’t have to be this way.

According to Article 26 of the Hague Convention,

“Central Authorities and other public services of Contracting States [think country] shall not impose any charges in relation to applications submitted under this Convention. In particular, they may not require any payment from the applicant towards the costs and expenses of the proceedings or, where applicable, those arising from the participation of legal counsel or advisers.”

Although it allows a Contracting State to make a reservation when it accedes to the Convention, thus removing itself from this obligation, Brazil has not.

“Upon ordering the return of a child or issuing an order concerning rights of access under this Convention, the judicial or administrative authorities may, where appropriate, direct the person who removed or retained the child, or who prevented the exercise of rights of access, to pay necessary expenses incurred by or on behalf of the applicant, including travel expenses, any costs incurred or payments made for locating the child, the costs of legal representation of the applicant, and those of returning the child.”

What does all of this mean?

First, a left-behind parent may request an attorney from the AGU [think attorney general] in Brazil. In this instance, the Brazilian government itself becomes the plaintiff and assumes the legal fees. I, along with others, have used this arrangement, leaving precious financial resources available for travel and other expenses rather than legal fees. Please read Tough Decisions for a Left-Behind Parent for a discussion of the advantages and disadvantages in this arrangement.

Second, it allows the left-behind parent to sue in Brazil for all costs they incurred in the fight to have their child returned to his or her habitual residence. This however is predicated on the Brazilian court system first ordering the return of an abducted child to the United States, something the courts have, so far, loathed to do.

Where does this leave us?

Back to the first sentence of this article. While international child abduction is an inexcusable tragedy with a huge emotional bill, averting the financial cost is possible. However, it is highly problematic and there is still no help with a large part of the overall costs which are not legal related – travel, accommodation and simple living expenses – and this assumes you know where your child is to start the process in the first instance.

David Goldman: In December 2009, Sean Goldman was returned to his father. As of the date of this update, litigation continues in both the United States and Brazil and Mr. Goldman has incurred more than $750,000 in legal and travel expenses.

Marty Pate: Having run out of money to pay his attorney, Mr. Pate was unable to file a timely appeal in Brazil. He subsequently filed for bankruptcy in the United States. Mr. Pate then filed a new petition under the Hague Convention on the Civil Aspects of International Child Abduction through the Brazilian Central Authority seeking access rather than return of his daughter, Nicole. With the assistance of the AGU, Mr. Pate successfully negotiated visitation with his daughter. In November 2011, Nicole visited the United States for the first time in more than 5 years and has regularly returned for visits since then.

Francois Larivee: Just prior to the date his case was scheduled to be presented to the Brazilian Supreme Court, Mr. Larivee and his ex-wife were provided an opportunity to attend a “conciliation hearing” to determine if they could reach a mediated agreement. During the conciliation hearing, the child’s mother agreed to return to Canada in return for Mr. Larivee’s ceding custody of the child to her and provisions for extensive financial support. In March 2011, mother and child returned to Canada and Mr. Larivee, through regular visitation, has been permitted to participate in the rearing of his child.

Klaus Zensen: In October 2010, Mr. Zensen reached an agreement with his child’s mother. Although habitual residence would remain in Brazil, his daughter would be permitted to visit him in the United States. However, the child’s mother has yet to obtain a Brazilian passport for the child and the United States has refused to issue to Mr. Zensen a passport for the child without the physical presence of both mother and child. In addition, the State Department’s Office of Children’s Issues has indicated that they are unable to assist Mr. Zensen in obtaining a new passport for his abducted daughter. While Mr. Zensen continues to search for a solution to this matter, he and his daughter participate in regular Skype visitations.

Alessandra Oliveira: In May 2011, Ms. Oliveira’s first daughter was returned to the United States. Her second daughter followed in August 2011. Prior to this, the Brazilian courts had removed the children from their father and placed them in the care of Ms. Oliveira’s brother. Despite this, she still needed to fight in court for another two years for their eventual return.

Timothy Weinstein: In August, 2013, my children’s mother declared she would be voluntarily returning my two children. After two months of legal maneuvering to get the children out of Brazil, they finally arrived in the United States in October, 2013. The children are thriving and their mother admitted it was both the hardest decision she ever made, but also the best, to voluntarily return them.