Japan has some of the worst wealth inequality and highest rates of child poverty among the world’s developed nations, according to a UNICEF report unveiled Thursday, which ranked the nation 34th out of 41.

The report, titled “Fairness for Children: A league table of inequality in child well-being in rich countries,” pointed to the growing severity of child poverty in Japan.

Norway was ranked first, meaning that nation’s income gap among households with children was the smallest among surveyed countries, followed by Iceland and Finland. Japan was ahead of countries such as Italy, Spain, Israel and Greece.

The report may come as a “shock to those under the assumption that Japan is a relatively equal country and that not so many children suffer dire poverty,” said Aya Abe, a professor of social security and poverty studies at Tokyo Metropolitan University, who analyzed the report.

The survey compared the incomes of the bottom 10 percent of households with children to the average income of 41 countries who are members of the OECD or the European Union.

The income gap in Japan was found to be 60.21 percent, meaning the household income of the nation’s most underprivileged families with children was less than 40 percent of the average.

The United States ranked 30th in the study while South Korea ranked 15th, far ahead of Japan. The bottom three nations were Mexico, Bulgaria and Romania.

Japan has experienced widening income disparity over the past few decades.

The lower ranges of poverty can inflict a wide range of adverse effects on the development of children, including ill health, poor academic performance and low self-esteem, underlining the need to boost support for such children, Abe said.

Thursday’s result is also likely to provide Prime Minister Shinzo Abe’s critics with further ammunition that the nation, despite the application of the Abenomics policy mix, remains plagued by a serious and worsening poverty problem.

Japan’s “relative poverty rate” among children, or the ratio of those aged up to 17 whose annual household income slips below half the median national disposable income, stood at 16.3 percent in 2012, one of the highest among OECD nations, the welfare ministry said in 2014. 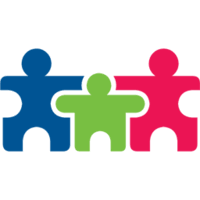