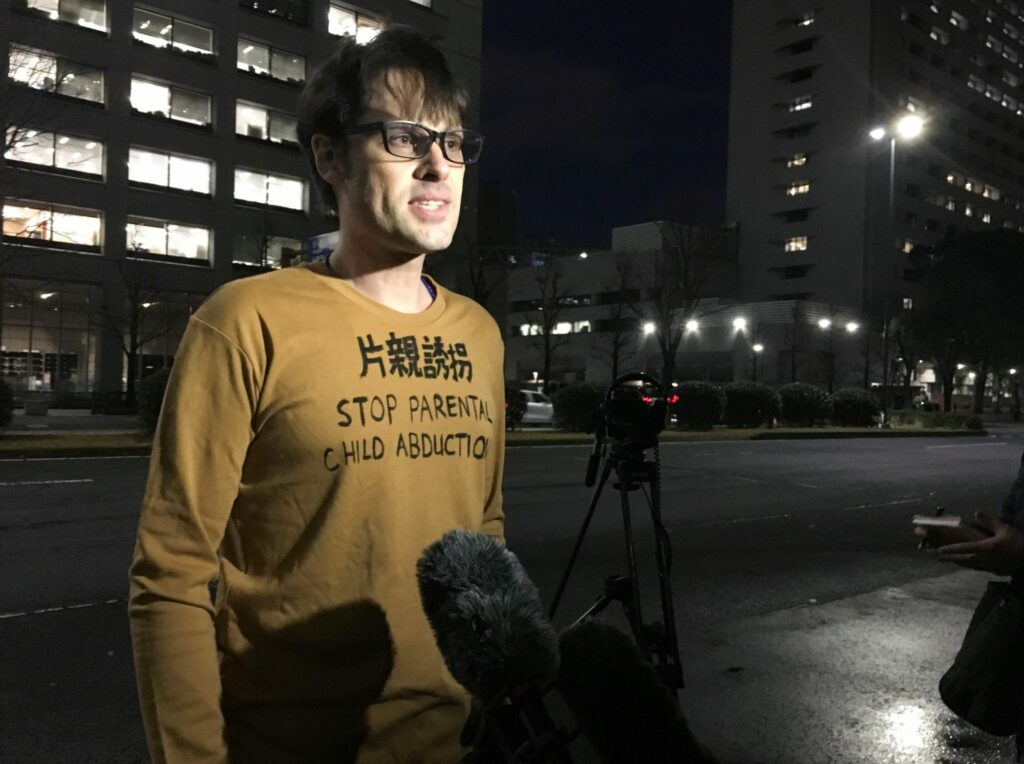 A Tokyo-based Australian journalist and father was given a suspended prison term of six months by the Tokyo District Court on Wednesday for illegally trespassing into a building complex where his in-laws live in Tokyo’s Suginami Ward in October, in what the journalist said was an attempt to check on his children after a powerful typhoon.

Presiding Judge Yuichi Tada said that evidence confirmed the illegal intrusion by freelance sports writer Scott McIntyre into the common area of the building where the in-laws live. McIntyre repeatedly called on the intercom and refused to leave despite warnings from police, according to the ruling.

Tada said that his “criminal responsibility should not be taken lightly” and should not be concluded as a mere violation of the law.

The ruling was also pronounced in English through an interpreter.

The trial has drawn attention of overseas media outlets as they pointed to difficulties faced by parents here, in particular fathers, who often lose access to their children after their partners take them away. In Japan, mothers are typically given custody rights after divorce.

McIntyre and his wife have been going through divorce proceedings.

The former correspondent for Australia’s public TV network SBS has claimed he hasn’t been able to contact his 11-year-old daughter and 8-year-old son since May, alleging that his wife abducted them.

McIntyre, who said he won’t appeal the decision, also criticized the lengthy detention period by authorities and harsh living conditions during his detainment.

“My part of this case is over but what’s not over is the situation with my children. I haven’t seen my children now for almost 250 days,” McIntyre said. “They were taken … without my permission, without my consent.”

Under the Japanese Penal Code, people who trespass into another person’s residence can be punished with imprisonment of up to three years or a fine of up to ¥100,000.

McIntyre spent 44 days in detention from Nov. 28 to Jan. 10 when he was released on bail. The detention included a stint at the Tokyo Detention House in Katsushika Ward, where ex-Nissan boss Carlos Ghosn was held for more than four months while awaiting trial on financial misconduct charges.

The journalist claims that on Oct. 26 he visited his in-laws’ apartment to check on the safety of his children following a storm.

The prosecutors were seeking a six-month prison term for the illegal trespassing.

Ghosn’s lengthy detention has drawn international attention to Japan’s legal system, which enables prosecutors to detain suspects for up to 23 days for each charge and question them without their lawyers present.

McIntyre recalled his experience at the prison as “degrading and inhumane,” saying that he had shared cells with people accused of murder, an alleged rapist and a pedophile, and was frequently handcuffed and tethered by rope. He claimed that while in detention the lights were turned on 24/7 and his sleep was disturbed by excessive noise.

Return to the home county with the kids when the love is over?