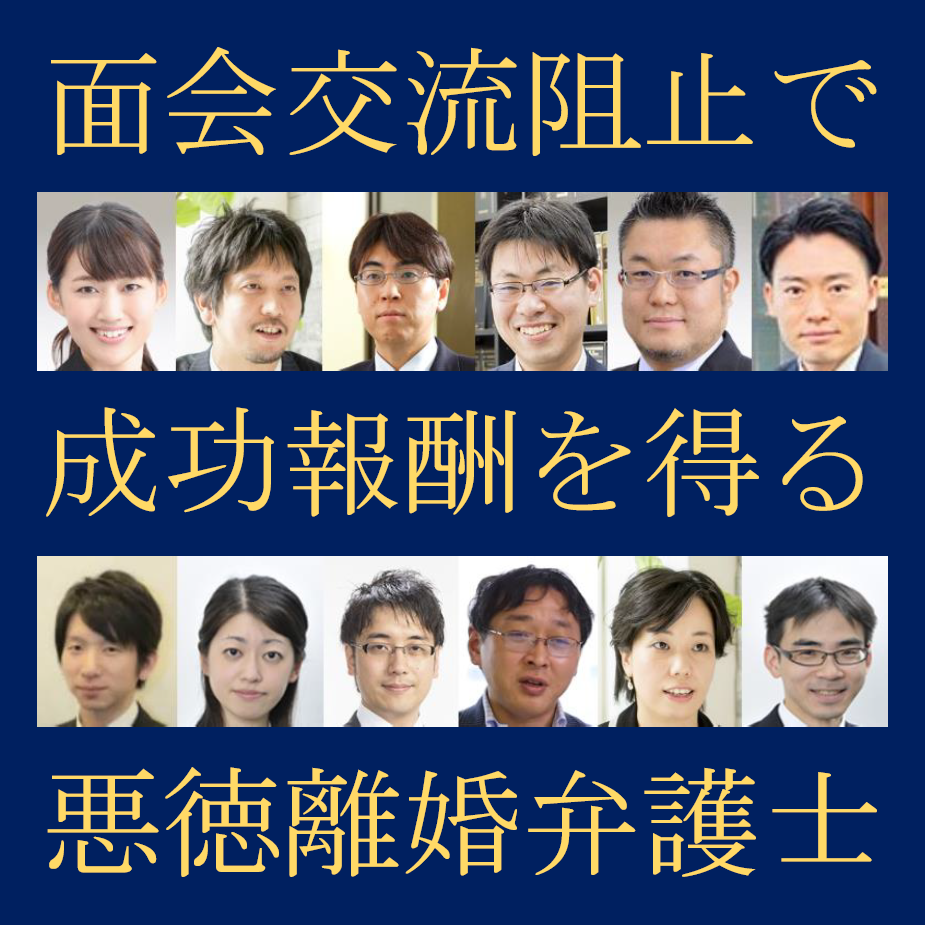 So far, 9 lawyers have removed the “Success fee for blocking visits” display

Believe it or not, there are unscrupulous divorce lawyers in Japan who are proudly engaged in the illegal business of preventing parent-child visitation exchanges.

This site investigates unscrupulous divorce lawyers who clearly state on their homepage the illegal content of lawyer compensation that “receive a success fee by blocking visitation exchanges”, and has posted a list from May 24, 2020. ..

Since the publication began, a total of nine lawyers, three in October 2020, two in November, and four in May 2021, have confirmed that such fraudulent compensation claims have been eliminated.

In fact, the fact that nine lawyers have eliminated fraudulent compensation claims is a small but successful result of this article.

On the other hand, some virtue lawyers have been newly found to display a reward of “successful reward for blocking visitation exchanges”. And, as of May 2021, it has been found that 13 unscrupulous divorce lawyers are proudly posting on their homepage the contents of getting a success fee from the business to prevent visitation exchanges, as shown below.

* Okayama Themis Law Office is particularly malicious in terms of amount, etc., so we will list all working lawyers in office.

(Reference) A lawyer who stopped displaying “Success fee for blocking visitation exchanges” as pointed out on this site.

* The face photo and name of the lawyer who canceled the display of “Success fee for blocking visitation exchange” will not be disclosed (excluding Hiroshi Yamaguchi and Tomoharu Fuchibe).

Visiting exchanges should be discussed “to implement” from the perspective of child welfare. Article 9 of the United Nations Children’s Rights Convention ratified by Japan also guarantees that children have the right not to be separated from their parents. Even if it is the client’s wish to prevent visitation, the act of a lawyer who earns income from work that harms the welfare of an innocent child, which has nothing to do with the parent’s conflict, is against public order and morals. I think that there.

On February 17, 2021, the Tokyo District Court ruled that personal interests in parent-child relationships were recognized. From this, it is clear that blocking visitation is an infringement of interests for both parents and children. Parent-child separation is also a DV for the separated parent by the parent trying to separate the parent and child.

Of course, if parents have problems such as child abuse, it is natural that visitation exchanges are restricted or prohibited. Even in that case, from the perspective of the interests of the child, a method of conducting visitation exchanges should be sought, such as by having a third party attend the visit. Visiting exchanges should not be blocked by the intent of the attorney for the purpose of compensation or the custody parent who is the client.

In the future, I would like to continue to check the homepage to see if these lawyers intend to continue “shameful acts” that separate parents and children and make their children cry and earn income. It should be noted that the above-mentioned unscrupulous lawyers are part of the lawyers, and we believe that many lawyers understand the importance of conducting visitation exchanges to protect the interests of children.